I'm putting on the hat of literary critic. This may could back to haunt me because the same criticism might be leveled at my work, but I must say this. In African American literature there seems to be a dearth of good taste. There is also a total lack of continuity and plot and character development. Maybe this only applies to street literature, but let's consider it applies to the overall pollution black people are putting out. There are other ethnic groups that write literary junk, but collectively it's all bad.

Let's look at the idea of plot. Often, there isn't any. Most people that give themselves the pretentious title of "author" are simply typists. They know nothing about the fundamentals of constructing a cohesive story. A novel must have a beginning, a middle and of course an end. Dialogue and narrative must move the tale forward. There is also a desire to shock by putting as much foul language as possible. These are mistakes and truly invalidate the story.

Raymond Chandler wrote in "The Simple Are of Murder," that a detective novelist employs too much forgettable dialogue, and convolution. He was addressing detective stories, but it isn't too broad of a generalization to say it applies to all novels.

So what have I done that's so different? To begin with, since my genre is mystery and suspense, my stories will unfold that way. My purpose is not to keep a reader on the edge of their seat, but engage them to figure out what's going on. When I write about sex, there will be no descriptive body parts. Graphic narration and dialogue are superfluous.

Most likely I won't write the 'perfect novel' because such does not exist. I will adhere to a formula and put my spin on it. I don't want my writing to be considered as "African-American" because I want universal appeal, while being true my creative self. I want my books purchased. I want commentary to be fair so that I can move on. Will that happen – time will tell.

I'll close by saying that in black literature, we need to reestablish the concept of good taste. The written word can not only entertain, but it can take the reader to place of unadulterated, imagined magic. 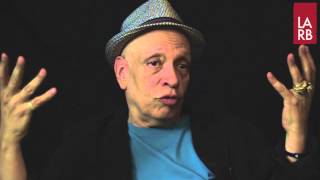